Apple iPhone 6 will be launched on October 14 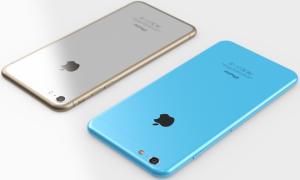 The source from an internal Apple Retail Store don’t exactly know which of the two variants of 4.7 and 5.5 inch models would be launched but speculated that there would be a certain delay between the launch of first and second model.

The source mentioned that for Apple, October 14th will be an “immense day for Apple” and all the stores will be too busy in selling Apple iPhone 6 in October.

Last week different reports claimed that Apple is planning atleast two events in the coming months. The September 16th event to uncover iPhone 6 followed by a press conference in October to uncover Apple’s  iWatch, OSX Yosemite and its new iPad.

iPhone 6 is rumored to have Near Field Communications technology for contactless payments, a super-sturdy screen with Sapphire crystal, and impressive camera.