Colombia beats Greece 3-0 and started its World Cup campaign in 16 years in great fashion. It opened the Group C on Saturday bucked up by a big and loud, pro-Colombian crowd. 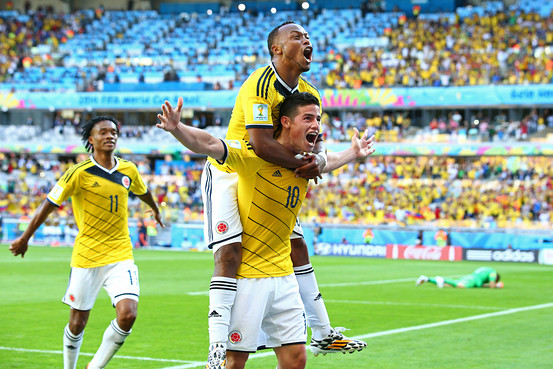 Armero Left back of Coulombia opened the scoring with a deflected shot in the fifth minute that rolled past the Orestis Karnezis, Greece goalkeeper .

Colombia’s second goal came off Striker Teofilo Gutierrez in the 58th minute from a deflected corner and James Rodriguez capped it after a flick from Juan Cuadrado.

Colombia’s fast movement and brisk technique were too much for Greece and when a huge 57,174 crowd backing them up chanting “Ole, olé” at Estadio Mineriao.

Colombia coach Jose Pekerman said that it was a good start with many new players who had never played a World cup. The game brought a lot of satisfaction and every thing went as per plan he added.