Microsoft has around 6 million tablets that are still unsold

Microsoft Corporation (NASDAQ:MSFT) CEO, Steve Ballmer explaining the firm’s recent $900 million write-down has admitted that the firm committed to manufacturing of too many Surface RT tablets.

Steve said that Microsoft Corporation (NASDAQ:MSFT) build a few more devices than the company could sell. 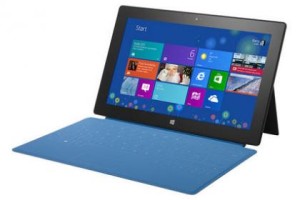 Taking into account the the size of the write-down ($900 million) and recent 30 percent price slash per unit ($150) , some calculation suggested that currently Microsoft Corporation (NASDAQ:MSFT) has around 6 million tablets that are still unsold.

Ballmer also discussed the plans of bringing few more popular applications into its Microsoft Windows Store. He also confirmed that Microsoft is still working on successors to Surface tablets range and these are in test phase.

The CEO acknowledged that Microsoft was unable to sell as many Microsoft Windows devices as it planned across the board, despite it spend too much on advertisements and publicly talking about sales of its latest OS.

Microsoft in Q2 posted a revenue of $19.9 billion which was well short by  Wall Street’s $850 million expectations. Microsoft attributed this mainly to shifts from traditional PCs to tablets and smartphones.

Another reasons Microsoft Corporation (NASDAQ:MSFT) decline in sales may be due to the the firm shunned the channel in the favour of selling tablet directly through its website to customers .

Amy Hood, Microsoft’s chief financial officer, said  this cause would be taken into account in the coming months;

She said that Microsoft has expanded the availability of Surface to institutions and its business and commercial customers are able to now purchase the Surface devices from the authorized resellers in US.

She also said that in next few months Microsoft will authorize more commercial distributors as well as resellers in more countries.