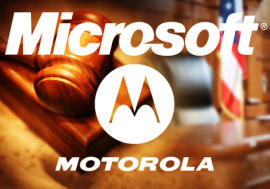 Microsoft was found guilty of violating patent in initial ruling, however the later investigation found that Microsoft has not violated the patent.

Microsoft’s corporate VP David Howard, and the deputy general counsel in a statement said that Microsoft is very pleased with the Judgement finding Microsoft did not violate any patent of Motorola or Google and the company is confident that the decision will be affirmed by Commission. The commission has already ended its investigation on other 4 patents by Motorola against Microsoft.

Google earlier this year,removed 2 major patents from Motorola’s ITC list of complaints against Microsoft. The Federal Trade Commission (FTC) ordered Google in Jan this year to terminate pursuing injunctions against the willing licensees of its Motorola essential patents.

Xbox shipments may have seen a major disaster if  ITC had declared Microsoft guilty of infringement.