Saeed Ajmal the leading spin bowler who was banned by the International Cricket Council for illegal action during August’s Test series in Sri Lanka is ready to appear in bowling clearance test on 24 January, 2015. Ajmal, ranked No 1 off spinner bowling action will be officially tested on January, 24 in Chennai. 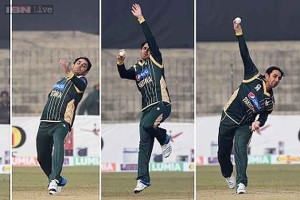 The 37-year-old will appear in the clearance test, PCB spokes Mohammad Akram confirmed. He said “We feel he is ready for re-assessment,”

The majestic off spinner is preparing himself for upcoming World Cup.