The Turkish premiere telecom operator, Turk cell has shown its urgency to get its name in the list of foreign investors for the upcoming next-gen auctions in Pakistan. 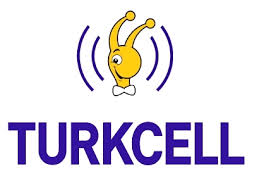 The top management of Turk Cell met with the Pakistani delegation at the eve of Mobile World Congress in Spain a couple of days ago.

The federal minister for IT and telecom, Ms. Anusha Rehman headed the Pakistani officials while meeting the Turkish telecom officials. Anusha Rehman assured the Turk counterparts for every possible assistance and support in the 3G auctions just around the corner. She also said that Pakistani government is devoted to bring the latest advancement in the field of telecom and mentioned that the growth rate of 7 percent in the recent times depicts the impeccable and ideal gateway for overseas investors.

She said that nearly 98% of Pakistani people are disconnected from the internet facilities so far. This clearly shows that there is a lot of space for foreign investors and operators to try their luck in the Pakistani telecom ecosystem.

She mentioned that the regulators have specified the 850 MHz band for fresh companies to take their flying start in the 3G spectrum, whereas a surplus bandwidth of 1800 MHz band is categorized for the enhanced 4G spectrum facility in the country.

The Turk Cell Chairman applauded the ideas and support of the government of Pakistan for the entry of advanced next generation technologies for the Pakistani consumers. He termed the Pakistani market as a golden opportunity for overseas investors and anticipated to come and study the Pakistani telecom sector with more concentration very soon.

TurkCell is a Turkish public limited firm with nearly half of the local telecom market in its hands. It also operates worldwide via holdings and partnerships. It currently provides its GSM facilities in Central Asian states of Ukraine, Kazakhstan, Azerbaijan, Moldova and Georgia.