Wateen telecom is a leading services provider to Banks in Pakistan including, HBL, Faysal Bank, UBL, Islamic Bank, National and Bank Alfalah in its 75 branches which in all is about 30 percent banks all over Pakistan. This shows importance and trust that Wateen telecom has in financial sector and other major areas of Pakistan. 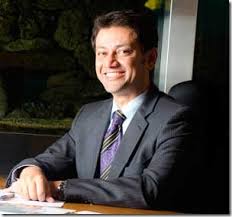 Wateen telecom over time has shown a rapid growth in its network all over the Pakistan. The company has a significant recognition of its quality standards maintaining high repute.

Naeem Zamindar, CEO Wateen Telecom while talking to a website said that Wateen telecom gave prominence to its customers while encouraging its every employee to take ownership of the company. This resulted in company’s rapid growth and financial gains.

Naeem Zamindar, CEO Wateen Telecom further said that initially when he joined the Wateen telecom, it was under serious financial distress. Shares from shareholders were borrowed to sustain the company’s growth. Banks and other major lenders had lost the trust in Wateen an strong rumors surrounded the market that organization may go bank corrupt or may be sold to another party. At the time the company needed urgent investments and many new business lines. All these challenges were a up hill task and needed a quick and immediate fix.

“At that time the more important task for us was to restore customer and lenders confidence in the company. So along with Wateen team we visited each client noted his requirements and shared our new business plans while giving prominence to customer-centricity,” he added.

Naeem Zamindar, CEO Wateen Telecom while commenting on its recent performance said that the over past couple of years Wateen telecom has heavily invested heavily on expanding and improving its network and bringing the right people for job.

The key attributes of the company were sticked upon like; serve and enable; energy and fun; passion; team work and respect; innovation and creativity; and ownership and accountability.

Wateen telecom comprises of a workforce that illustrates right attitude, mindset and behavior and is knowledgeable, professional, passionate, to provide worthy services to its customers.

While talking about Wateen telecom recent performance he said the company introduced video V3 (Virtual Presence via Voice and Video). Moreover, Wateen telecom is the only cloud-based video conferencing services provider in Pakistan.

Under a recent project Wateen Telecom in coordination with Higher Education Commission (HEC) of Pakistan will be providing internet facility to remotest areas of Pakistan benefiting students in small villages.

Naeem Zamindar – CEO Wateen Telecom while commenting on future plans of Wateen telecom said that the company’s goal is further improvement of its services. Wateen Telecom aims to offer best 3G/4G services to facilitate single Pakistani with best internet services. Apart from that, Wateen telecom has upgraded and extended its existing fiber optics networks, to over 4500kms in 50+ cities. Wateen telecom has also replaced most of the copper wire for the BTS sites with fiber optic cables like for Zong .