Zong is not buying Warid telecom

Zong owned by China Mobile Pakistan (CMPak) is not interested in buying Warid telecom, one of the Pakistan’s telecom giants as Zong is preparing to get 3G and the Long Distance International (LDI) licences, internal sources disclosed on Wednesday. 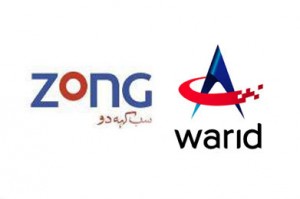 Yesterday rumors surfaced about CMPak and PTCL are interested in buying Warid telecom but the source reported that Zong is not considering any such move.

The source ruled out any possibility of acquiring Warid Telecom saying that currently Zong is much busy in scheduling to participate in 3G licence auction and they have no such plans of buying Warid telecom for which billions are required. Quoting Zong Chief Executive Officer, Fan Yun Jun, the source said that China Mobile  has already invested heavily for implementation of 3G technology and the required infrastructure to participate in the auction for 3G technology and just waiting for government’s decision.

Pakistan Telecommunications (PTCL) official while replying to the query said that at present he is not sure about PTCL’s plans to buy Warid. No official statement from Warid telecom was available for comment.

Earlier, different media sources suggested that Pakistan mobile operator Warid Telecom has been put on sale by its Abu Dhabi Group owners and is likely to draw attention of China Mobile Pakistan and Etisalat.

Zong telecom is the subsidiary of China Mobile Communications which has invested more than $2 billion in the company in Pakistan since 2008 and it is planning to further expand its network through network upgradation and 3G license acquisitions.