China Mobile’s Pakistani wing, Zong, is now trying to test its fortune in the smartphone selling area with a plethora of 3G and 4G smartphones placed at its sales and services centers for its customers. 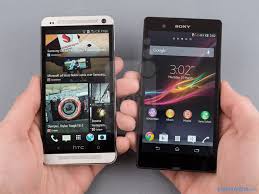 Zong has announced to sell budgeted Sony Xperia C and Sony Xperia L devices at its franchises. Alongside these purchases, users will also get an internet of 3G for three months free of cost, that is, one GB of free data every month for consecutive three months.

The Sony Xperia C is aimed for price-conscious customers who are willing to have high-end specs. The smartphone sports a massive 5 inch screen glass with a normal resolution, and a chipset with a quad-core MediaTek processor in addition to the 1 GB of RAM and built-in memory of 4 GB.

The phone is also equipped with a main camera of 8 MP capable of shooting Full HD videos.
The Xperia C is available at ZOng sales and services center for a price tag of Rs. 26,500.

The Xperia L might be a bit old now but Zong offer makes its worth of its price. The phone is equipped with a reasonable 4.3 inch touch screen panel, a dual-core Qualcomm chipset and the identical cache memory as the Xperia C. the display of the phone might be an underperformer.

This device also comes with an 8 MP camera at the rear which can also capture HD videos. Zong offer gives this phone a reasonable price of Rs. 21,500 for its customers.

However, it should be noted that both the devices are enabled with 3G connectivity and 3GB mobile internet free of cost provided that it is bought from Zong.