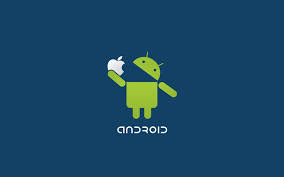 A Dutch-based mobile app and software development start-up named as Grappetite, having its production camp at Karachi, have made a report regarding the information about the usage scheme of smartphones in Pakistan.

While we crunch some number in this study, we come to know that a formidable 77 percent of smartphone subscribers are aged between 21 to 30 years. Their prime choice of Os is Google’s Android, possessing almost two third (68 percent) of these smartphone subscribers all over the nation. The Apple iOS stood second in this list with 24 percent market share while Microsoft based Windows Phone OS managed to get merely 8 percent of the shares in smartphone ecosystem.

In addition to this, some 62.5 percent of the customers preferred to search the Web with WiFi only, another 25 percent users managed to utilize the service of mobile internet while on the go. Meanwhile, the rest of 12 percent smartphone clients were unaware of the mobile internet penetration in their lives.

An interesting fact which was overwhelming that most of the smartphone subscribers (41%) charged over Rs. 500 each month for their cellular communication requirements. That is nearly twice that of the average credit every Pakistani user spent each month for their mobile needs.

When we talk of the favorite brand amongst Pakistani users, Korean manufacturer Samsung led the way with a convincing 34 percent market share, iPhone was catching up with a steady pace by having 24 percent smartphone users in the country. Local manufacturer, QMobile, came third on the list of most desirable handsets while Nokia was just behind it with a 20% percent market-share.

Last but not the least, majority of the smartphone holders (60%) used more than one phone due to security reasons or for other needs whereas 35 percent used low-cost feature phone due to snatching incidents in the country.