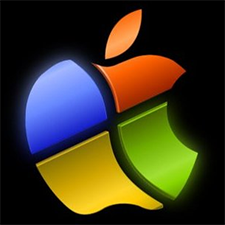 US handset behemoth Apple Inc. is no longer interested in employing South Korean tech company Samsung as its prime chipset supplier. Instead, it is giving 30% of the entire orders for the A9 chip to be incorporated in its upcoming iPhone to the Taiwan Semiconductor Mfg. Co. Ltd. (TSMC). TMSC is currently the biggest processor manufacturer on earth.

According to media reports, there has been a tussle going between the two processor chip manufacturers to develop chipset for chips for Apple iPhones. However, Apple hired TSMC in 2013 to craft A8 chipsets for its latest flagship smartphones, the iPhone 6 and iPhone 6 Plus. This step was taken by Apple in order to minimize its reliability on Samsung as both companies are in a row for a couple of years now.

In order to get the lucrative demand notice from Apple and Qualcomm Inc., both TSMC and Samsung have sustained enormous capital expenditures. TSMC has plunged a record $12 billion in developing manufacturing plants and equipment, whereas its opponent Samsung put nearly $3.7 billion in its processor business in 2014 and could beef it up to $4.9 billion in this ongoing year. Samsung is also investing a whopping $15 billion in a latest chip making facility in Seoul suburbs.

Samsung employs an advanced 14-nanometer making process to design tinier chips that eat less energy and offer optimized processing power, thus leaving behind TSMC, which had already confessed that it would lack pace to Samsung in the most-advanced chip technology prior to getting in the lead role in 2016.

Latest media claims suggest that since Samsung is making the 14nm chips for its home-baked Galaxy S6 and Galaxy S6 Edge, which is in massive demand currently, Apple foresees that it will be unable to meet its chip needs. For this purpose, Apple has elected to hand over 30% of the chip orders to TSMC, thanks largely to its upcoming 16nm FinFET Turbo technology which yields a relatively high performance and yield rate.