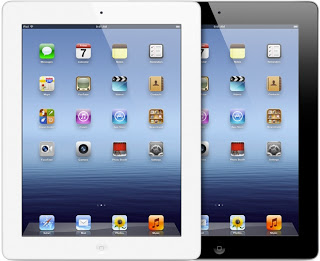 Apple’s iPad is still the top selling tablet in the world despite the fact that it is loosing its grip on the tablet market.Lat quarter results have revealed that Apple iPad is weakening against the top rivals Android and Windows tablets.

Worldwide tablet shipments remained 49.3 million units in the second quarter. The quarter to quarter basis figures as compared to previous year displayed an increase by 11 percent, as per figures released by IDC on Thursday.

Apple clinched the top slot. Samsung, Lenovo and Asus are steadily following Apple to get its market share. Apple total tablet shipments were 13.3 million units, which is a declined by 9.3 percent year over year. Apple currently has a 26.9 percent tablet market share.

Jitesh Ubrani, a research analyst at IDC disclosed that tablet market is booming and the smaller vendors are becoming more active now thus leveling the playing field and market share.

Last week Apple and IBM inked a deal to jointly offer the iPhone and iPad to big companies. This will definetly impact the iPad market and sales in coming days.

Apple’s biggest rival is Samsung, which sold around 8.5 million tablets in Q2 2014, raising its market share by a handy 1.6 percent year over year. Lenovo shipments alsi rose year over year by 64 percent to a handy 2.4 million units, surpassing Asustek, whose shipments is 2.3 million units, a rise of13.1 percent.  Acer on the other hand is struggling with shipments declined by 36.3 percent.