Apple is now targeting Mobile apps for payment as few sources confirmed company’s plans of  preparing a Google Wallet app competitor. The new Wallet app is expected to arrive with the iPhone 6 . The sources also confirmed that Apple is directly in talks with for a possible VISA deal so that users can buy things directly using their iPhone. 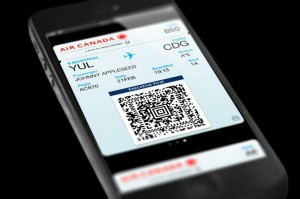 If Apple manages to finalize the deals with Visa and few major credit card companies, then retailers will have the flexibility of payment through Apple Wallet , AppleInsider disclosed. Apple is also expected to store the user’s credit card information in a secure cloud or may be on the iPhone itself.

The sources also confirmed that Apple has been trying different systems to finalize making mobile payments, like NFC, Wi-Fi, and Bluetooth. It is pertinent to mention thta so far Apple has not adopted the NFC technology. NFC is used by many companies like Google for its Google Wallet and similar mobile payment apps.

Another option Apple might be thinking of utilizing its mobile payment systems with fingerprint sensor,  Currently, users can use sensor to make purchases from iTunes,  App Store, and iBook Store.