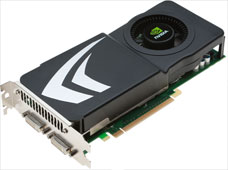 As declining PC sales shows Intel’s reliance on the PC industry, the Chipmaker’s GPU sales have also dropped. According to Jon Peddie Research firm, Intel’s GPU transportation figures decreased 5.3 percent since previous year, while that of AMD’s GPU were almost constant with a 0.3 percent downfall and Nvidia grasped up to 3.6 percent GPU shipments.

Intel’s GPUs basically featured its Core processors and numerous northbridge chipsets, still makes the most of the GPUs provided in the PC industry. Jon Peddie’s report discloses that Intel’s biggest drawback dominated the laptop sector, where it’s been creating some free space for its OEM partners’ Ultrabook machines.

AMD’s GPU shipments might have been smooth but Jon Peddie figured its accelerated processing units (APUs) increase by 30 percent from the previous year. AMD is famous for its superior discrete GPU chips; the firm still collects the most revenue from its high-end APU processor chips that are made for cheap and mid-level PCs and laptops.

Meanwhile it was Nvidia that won the battle with GPU shipments increased by 3.6 percent featuring laptop GPUs. Jon Peddie Research didn’t feature Smartphone or tablet GPUs. Nvidia’s GPU numbers would have likely be better if they had been mentioned also.

Regarding CPU support list information, the A8-6500B will feature A1 stepping of Richland core. The APU works at 3.5 GHz and consist a 4 MB L2 cache. AMD A8-6500B has a rating of 65 Watt TDP, and it works with socket FM2. The first digit “4” in the part number AD650BOKA44HL also defines that the processor comprises of 4 CPU cores. These characteristics match the A8-6500 consumer APU. The list does not mention data on 6500B’s maximum Turbo Core frequency, or integrated graphics types, and we can only suppose that they will be also similar to A8-6500’s maximum frequency and GPU.