Warid despite having lowest subscription base, has the highest ARPUed or best paying customers in Pakistan’s cellular industry.

Interestingly, Warid is currently generating higher revenues than Zong which means that the customers of Warid are paying higher as compared to Zong with dormant subscriptions.

Zong as compared to Warid has double the number of customers.

Pakistan Telecommunication Authority as per IM for 3G / 4G Licenses informed that the Pakistani cellular companies generated a $3.2 billion revenue during 2012-13 with ARPU of Rs. 220.

Mobilink with highest market share in the country made $960 million in revenues during said period with ARPUs of Rs. 225.

The details of revenues of telecom operators of Pakistan is as under:

Zong has ARPU of just Rs. 142 and is ranked far below. Interestingly buying Warid with such a great ARPU can benefit the buyer after the 3G / 4G auction due to such loyal and high paying regular customers. 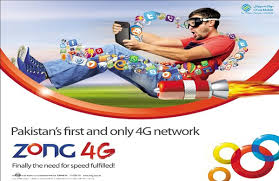